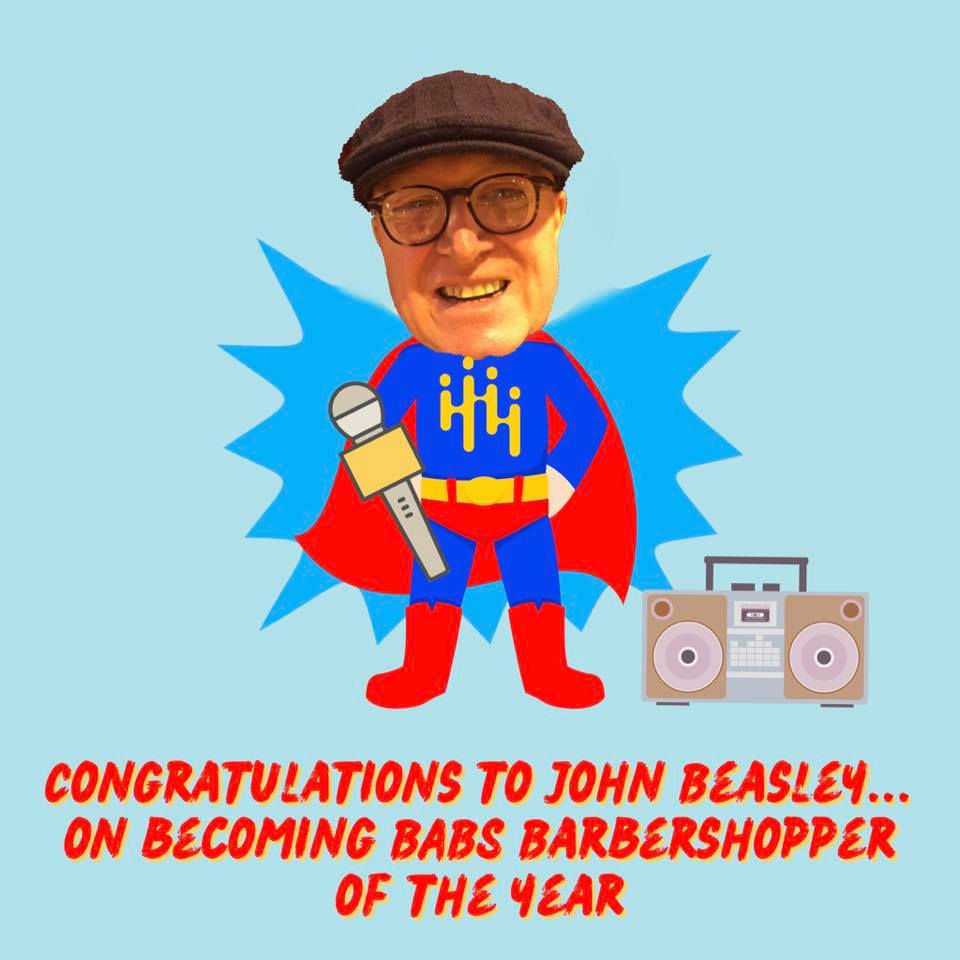 The prestigious nationwide award is presented by the British Association of Barbershop Singers for contributions made to the Barbershop hobby, and John's award is in recognition of a podcast on the subject which he's been producing for the past five years.

The Harmony UK podcast reflects what's happening in the world of British Barbershop singing and beyond. As well as interviews and features on leading choruses and quartets it's covered conventions, European competition, the history of Barbershop Harmony and current hot topics like the place of mixed-voice singing in an artform where women and men have traditionally sung in separate groups.

John is a former BBC journalist. He joined Capital Chorus in 2009 and currently sings in our lead section. He said;

From the moment I joined Capital Chorus I've been inspired by the sounds of barbershop and the stories of so many people from different walks of life who share a passion for singing together in close harmony, .So it's been a joy to discover the podcast is enjoyed by so many of my fellow singers. Those considered for the Barbershopper of the Year award are more usually people with a tremendous talent for singing, directing choruses, or arranging fantastic songs. That certainly isn't me, so it's been a thrill to see my name on a list with so many people I admire.

John's name was chosen from among 20 or more nominees, a sign, perhaps, of how well the barbershop community has continued to thrive through the pandemic. The meme was created by our friends at the social media site Barbershopmusicuk. We're rather hoping the costume might go with the award.

This year, for the first time, the Barbershopper of the Year award has been dedicated to the memory of the late John Grant, whose extensive contribution to the Barbershop Hobby in Britain includes founding and directing two of the country's most successful choruses, Hallmark of Harmony and The Grand Central Chorus.


You can listen to all the Harmony UK podcasts here