Sun, 19 Sep 2021
The chorus had been invited to entertain at The Bandstand for two hours over lunchtime on the final day of the Regent's Park Music Festival. All began well - quite a crowd gathered around the deckchairs arranged on one side of the bandstand, while on the other the  ducks on the boating lake mingled with the people in the pedaloes. An idyllic scene as we launched into our set and began entertaining the watchers with our harmonies.

First came a request - a group to our left were having a Reveal Party in the park. The Happy Couple had just discovered they were expecting a baby girl. What could be more appropriate than a rendition of The Temptations' hit song "My Girl".  It was all going swimmingly...

....Then the heavens opened, the people scattered and for the next hour-and-a-half we were deluged with a constant downpour. OK, it wasn't quite of Biblical proportions, but areas of the park soon began to resemble Glastonbury at its most muddy.

Here we have to pay tribute to a handful of hardy souls who matched our chorus members for staying power, and made us feel appreciated by gamely continuing to watch and clap. They must have been bitterly cold and drenched to say the least. We were cold too, but at least we were under cover of the bandstand.

The park official who'd provided us with mikes and an amplifier wes very kind in his appreciation and thanks at the end of the gig. We were delighted to have survived, and we soon revived over lunch in a nearby pub.  It's a day we'll never forget, and you can share some of the atmosphere with a brief video here. 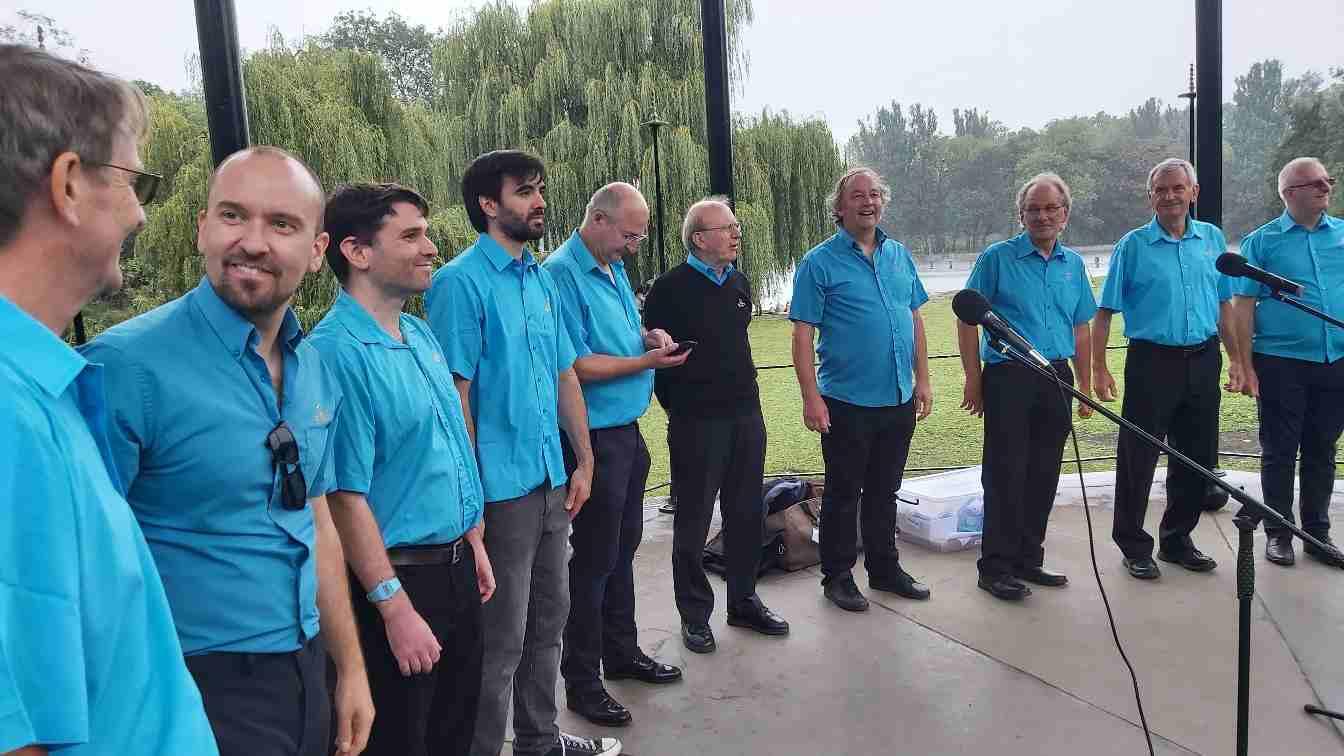